we take our code very seriously 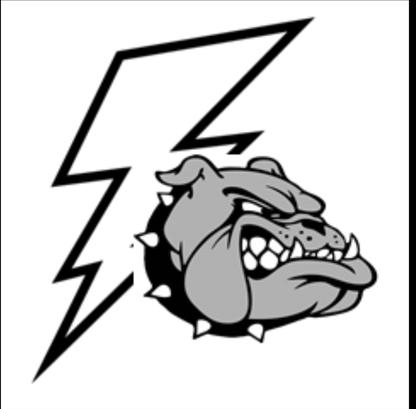 The following regulations govern the conduct of each Player & Parent in the Pee Wee Lightning and Bantam Bulldogs Football Program and as a member of the West County Football Association.

West County Football Association (WCFA) Rules state a Player shall:
(i) Not utilize tobacco in any form whatsoever;
(ii) Not indulge in alcoholic beverages; Not utilize narcotics or abuse drugs;
(iii) Not use inappropriate language at any time,
(iv) Not participate in or instigate any physical or verbal abuse or actions against any Player, Coach, Official or Fan
(v) Not commit any other act which the West Country Lightning Football Association deems detrimental to the Team or its staff or objects.
(vi) Not to use any sort of performance enhancers (ie Energy drinks/pre-workout etc.) during the entirety of the football season.

Lightning and Bulldogs Code of Conduct for Players and Parents I will have:
• Respect for the Athletes
-BE ON TIME,
-TAKE CARE OF EQUIPMENT,
-PROVIDE NECESSARY FEES,
-ENSURE I HAVE WATER,
-HAVE A PARENT at ALL PRACTICES and GAMES,
-CALL or MESSAGE COACH FOR ALL ABSENCES
• Respect for the Team
-CHEER NOT COACH,
-BE A POSITIVE ROLE MODEL,
-CONGRATULATE WIN OR LOSE
-ENCOURAGE MY TEAMMATES
-PROMOTE SPORTSMANSHIP and NON-VIOLENCE BOTH ON AND OFF THE FIELD

• Respect for the Coaches, Team Staff, Officials and Facilities
-COACH’S DECISION; be supportive, even when my athlete is not playing
-OFFICIALS –Play call
-FACILITIES –Rules and Regulations ( (i.e.) Wembley, Grande Prairie, Peace River)
(It is hereby understood and agreed that there will be technical demonstrations between coaches and players requiring physical contact. Contact is oftentimes necessary to teaching proper skills)

• Respect when wearing any of our jerseys
ON FIELD - do NOT keep your jerseys on the ground. They should be kept in a clean and dry environment at all times. These jerseys are to be worn with pride. Respect them.
OFF FIELD - There will be times when a jersey can be worn to events outside of the football game. (These -must- be sanctioned by the team leaders.) When these jerseys are being worn, the player must exude the very best behaviour as it DIRECTLY reflects on the team. Failure to do so -may- result in instant removal from the team. ALL code of conduct rules apply.

West County Football Parents Conflict Agreement:
STEP 1
a) Observe 24 hour rule, a time to breathe and let cooler heads prevail
b) Confidentiality must be maintained in regards to all conflicts please keep between Parent and the Head Coach.
STEP 2
a) After 24 hours Only Head Coach is to be contacted at the Field
o Present conflict in a clear and concise manner
o Write down your concerns
b) Head Coach will then do his due-diligence and respond within 5 working days.

STEP 1 Failure
Escalation of Conflict:
• Failure to respect and comply with conflict agreement Step 1a and 1b will result in automatic removal from Team and no release will be given.

Any parent or player that fails to comply with the Code of Conduct anytime during a
League sponsored event will face discipline from the Board. On a first offence
there will be a verbal warning issued, on the second offence there will be a
written warning issued, on the third offence the parent or player will be asked to leave the
event immediately and may be suspended from future events as deemed by the
Board. Any offences that occur after the third one has been received will be
reviewed by the Board immediately and may result in that parent and their player
being suspended or removed from the League.

We agree that any questions we have in regards to our child and this sport will be directed to the
Team Leaders which will then be brought to the coach(es) attention if required.